The Best Car Films In The World, Ever!


Ever wondered what the best car film in the entire universe is? Wonder no more! I'm going to give you a run down of the top ten car films, and I am never wrong! “Racing is life, anything that happens before and after is just waiting.”

Any petrolhead that has not heard Steve McQueen utter that immortal phrase is either deaf or clearly not a real petrolhead. This 1971 classic has everything you could possibly want from a film; next to no dialogue, lots of racing and some very very fast Porsches....

The film centres around the great French 24 hour race of the same name. The plot pits the works Ferrari 512s against the mighty Porsche 917s. I think there is also a love interest and something about McQueen’s character killing a guy, but, thanks to the fast forward button, you needn’t let something as insignificant as the plot ruin the film.

Most of the footage is actual race footage, the Gulf Porsche which McQueen is piloting in the film was actually being raced by Jo Siffert. In car action was taken from a Porsche 908 which McQueen himself had driven at the Sebring 12 hour race. Despite stopping to change film, the camera car finished a credible 9th at Le Mans whilst filming the race.

This film is a shameless excuse for race fans to watch 70’s Le Mans cars doing what they were built to do. Try using the line “Hey honey, you want to watch a movie tonight?” with this one and it will be the last time she lets you pick a film.

Yes I know the car chase was better in the old one, but this isn’t about the Mustang, it is about all the other automotive cream-in-your-pants material that this film exudes. Just that scene where they open up the Ferrari warehouse; I don’t even like Ferraris but that was a sight to behold.

There are so many good cars in this film that it is just shocking, and when you find out that Doctor Who is the master criminal behind it all, well, my mind was well and truly blown. 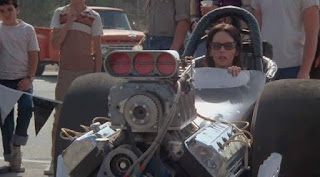 Despite the fact that Shirley Muldowney didn’t like it, the film that portrays her life is excellent. Cha Cha, as she became known, was a housewife that loved going fast. Her husband put a dragster together for her and she went out and kicked ass with it.

Shirley didn’t just change the sport of drag racing, she changed the perception that race fans across the United States had about women drivers in general. The film is an action packed, brilliant tribute to a remarkable woman. 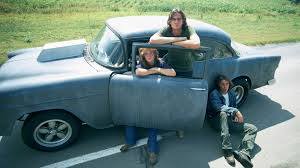 I don’t really know what Two Lane Blacktop is about. There are two guys in a Chevy doorslammer and then there is a Pontiac GTO driven by a guy with some kind of personality disorder. There is a girl with the moral standings of an ally cat whose purpose in the script seems to be to collect seamen from the other characters.

Nobody questions when she jumps in random peoples cars and then pisses and moans about how uncomfortable the seats are. More worryingly, no one seems the slightest concerned about her promiscuity. You would think at least one of the male characters would point out that, if she has been travelling on route 66 this far, using her vagina as a meal ticket, then that vagina is probably a proverbial petri dish of sexually transmitted disease. Who could possibly imagine what nasty concoctions reside therein.

Festering fannies aside, if you like big V8s and illegal street racing, this is a must. Way better than that Fast and Furious rubbish that is bandied about now days. There is no pointless gear changes and questionable ideas about how nitrous works here.

Christine scared the pants off me as a youngster. I loved the book and the film and the car.

The star car was a 1958 white over red Plymouth Fury. A fantastic car that never really existed. You see, Furys only came in beige and there were only about 5000 ever made. They are rarer than hen’s teeth and, therefore, the cars you see in the film are often not Furys. They are the more widely available Savoy model.

The name Savoy doesn’t really have the same impact as Fury. Fury gives the impression that it will rip your head off, whereas Savoy sounds like it will take your coat and pour you a nice Gin & Tonic while it puts the roast beef on for supper.

Whilst name picking wasn’t really a problem for Stephen King who can paint a picture with words, it was a problem for John Carpenter who needed to paint pictures with actual pictures.

They used 20 cars for the film of which there are allegedly two left. 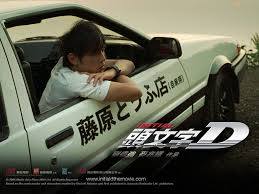 I love Manga and I love Anime and I love drifting. I loved the Initial D series and when I saw the film, I found it had only a loose “Based on” connection to the cartoons.

This doesn’t stop it being the best movie of its type, although that doesn’t mean much as its only competition is Tokyo Drift which is an appalling monkeys breakfast of a film....

What I like about Initial D is the realism. You feel like these guys are actually drifting, not being towed sideways on a cable. There is no-one taking an RB engine out of a Skyline to put in a Mustang or other such nonsense. In fact, the cartoon series has more convincing drifting in it that Tokyo Drift.

Initial D is just an amusing storyline and cars going sideways. Initial D is THE best drift film there is. 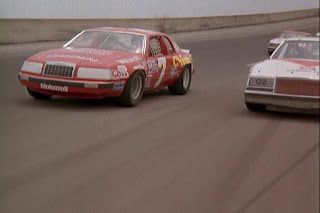 This was a close fought thing. The only reason Stroker Ace is not number one in this chart is that I tried very hard to supress my emotional attachment to this film.

Stroker Ace was the first time I saw NASCAR and it changed my life. I would search out toys that look like NASCAR cars in toy shops and when I played with them, the best driver was always Stroker Ace. ...

The film is fun and includes racing from an era of NASCAR where the cars were just gorgeous in my humble opinion. Harry Gant and Tim Richmond appear in the film among other NASCAR greats of the time.

I suspect Burt Reynolds hates the film. It was a massive failure in the box office and Burt turned down Terms of Endearment to do it. But if you like Cannonball Run and Smokey and the Bandit, then you will love this film.

Every time I watch Cars -and I watch it a lot- I see something new. The technical aspects of this film and its sequel are so good, they have to be added with the adult car buff in mind.

The movements of the cars, the noises they make, what other kids film would have scripts involving three wheel brakes for dirt racing, type 2 Transporters and whitworth bolts? Cars isn’t for kids, it is made by car nuts for car nuts, be they young or old.

In a world where driving and motorsport seems to becoming as socially unacceptable as murder, it is good to see Disney flying the flag of the internal combustion engine and introducing another generation to the wonders of the motor car.

This film has probably done more to help the automotive industry than anything in recent times and the effects will be felt for years to come. 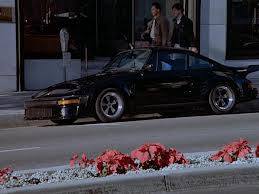 I once said that if you are looking for the best car in the world, the answer would probably come from Porsche. Well, that is also true of films. In at number two is this Charlie Sheen motoring classic about stealing Porsches.

Whilst the film does have a proper meaningful storyline and is well played by the actors, it is really all about the gallery of beautiful 911s that star in the film and the howling flat sixes that are annoyingly interrupted by music during the car chases.

Some say that this film is was influential in the creation of the first Fast and Furious film. Personally, I cannot see how because No Man’s Land is a remarkable film and Fast and Furious is rubbish. 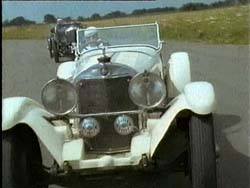 My favourite car film (and therefore  the best film in the entire universe) is Rowan Atkinson’s portrayal of Tim Birkin in Full Throttle.

“Tiger” Tim was responsible for the Supercharged Bentley. He was a phenomenal racing talent in a time when motor racing was properly dangerous.

Atkinson himself is a racing driver and plays the part of Birkin to perfection. The racing scenes are done on a tight budget with some very rare and expensive machinery so I can forgive the Le Man races for not having quite the same impact as those in the McQueen film mentioned at the top of the article.

That said, seeing the Birkin Bentley hounding down Rudi Caracciola’s Merc still stirs the soul. I love this film and I think it is criminal that it is not more widely available or talked about.

If you can find a way to see it, do. You will not be disappointed.

***All the crap you see written here is Kelvin's opinion and not that of his associates, race team or marketing partners.***
Posted by Kelvin Hassell at 13:18 No comments: