So my first question of the day, after deciding to get out of bed and eat chocolate digestives for breakfast, is how to write this blog. I want it to be funny, entertaining, informative, and educational. I want to present a detailed account of my long weekend in California and the things that were on my mind during that time. I also want it to be understood in such a way that other like-minded individuals can do the same as me and be prepared for what they are likely to find.

To this end, I have decided to present it in a diary format, as I feel this most likely best represents the whole trip and will jog my memory as I go so, hopefully, I won’t miss anything. Let’s give it a go.

I like to be early for stuff. Especially stuff as expensive as flying. I have a rule when dealing with the west side of the M25, if you want to do anything at Heathrow or beyond, you need to have got to the Heathrow exit by 0630. I did not quite adhere to my rule, which meant I spent 45 minutes stuck in traffic trying to leave the M25 at Heathrow.

I had elected to use Purple Parking and drive to the airport. I investigated doing the journey by train. I cannot remember the exact figure they quoted me but it was somewhere near 1 million pounds, which made the £30 or so for Purple Parking seem very reasonable.

Purple Parking is not a complicated affair, you drive in, park, throw your keys at the minibus driver and he takes you to your desired terminal. It couldn’t be simpler.

US Airways, like all airlines, advocate this “Paperless ticketing system” which, as far as I can make out, uses the same amount of paper as the old ticketing system. It just uses your paper and not theirs. For this reason, I chose to check-in at the airport and not at home. This was easy and straightforward and required me to use none of my own paper at all. Soon I was drinking coffee and waiting for my plane.

I have heard many complaints about the chairs found in coach class on international flights and I have to say, though they are not the most comfortable chairs in the world, they are fine. They are only not fine if you are an odd shaped human being. Odd shaped human beings should be made to sit in another part of the plane. I sympathise with most. Except for the chap at the end of my row who couldn’t fit his burger induced fat arse into the chair. I mean he wasn't just big. I know some big guys. This guy was enormous.The arm rests became support for his love handles. His wife was helping him; she looked like she was trying to stuff a duvet into a carrier bag. I hoped to god he didn’t need a crap mid-flight because it was going to take all the cabin crew to get him out of the seat again. And I am not entirely convinced he would fit through the plane’s lavatory door anyway.

There is an idea! Why don’t they make plane doors smaller so that people that don’t fit in the seats simply can’t get on the plane?

It would be like when there is not enough room in the over-head lockers and you have to check-in your hand luggage. “Sorry sir, you’re too fat to board this plane. Don’t worry though, we just need to put this tag on your wrist and then you will be transported to the luggage hold.” 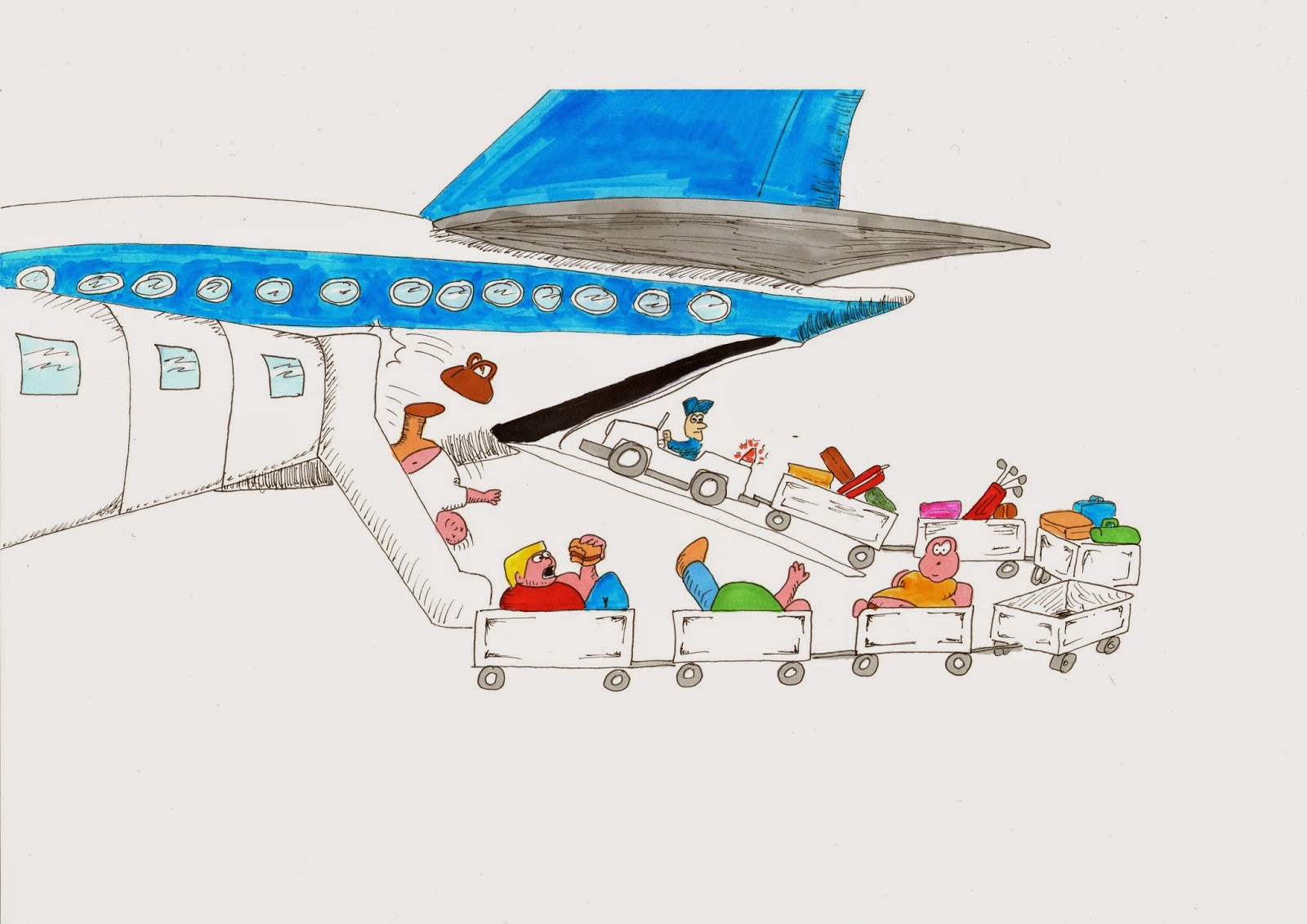 The flight was very pleasant with food a films and snoring but nothing bad enough to make you want to jump out of the plane over the Atlantic Ocean. We landed in Charlotte ahead of schedule and suitably ready to meet the nice men of homeland security.

I get aircraft security. I get the TSA’s job. It is a massive inconvenience removing shoes and clothing and emptying your bags and all that stuff, but getting blown up is pretty inconvenient too, so I empathise with this ritual of going to the states and I do it without question. On the whole the boys and girls of the TSA are polite, courteous and make the whole process as pleasant as is possible.

I have only been to America twice which means I have only met two people from homeland security. It may be wrong to tar the entire operation with the brush of my poor experience at the hands of two individuals, but I’m going to anyway.

***All the crap you see written here is Kelvin's opinion and not that of his associates, race team or marketing partners.***
Posted by Kelvin Hassell at 08:02